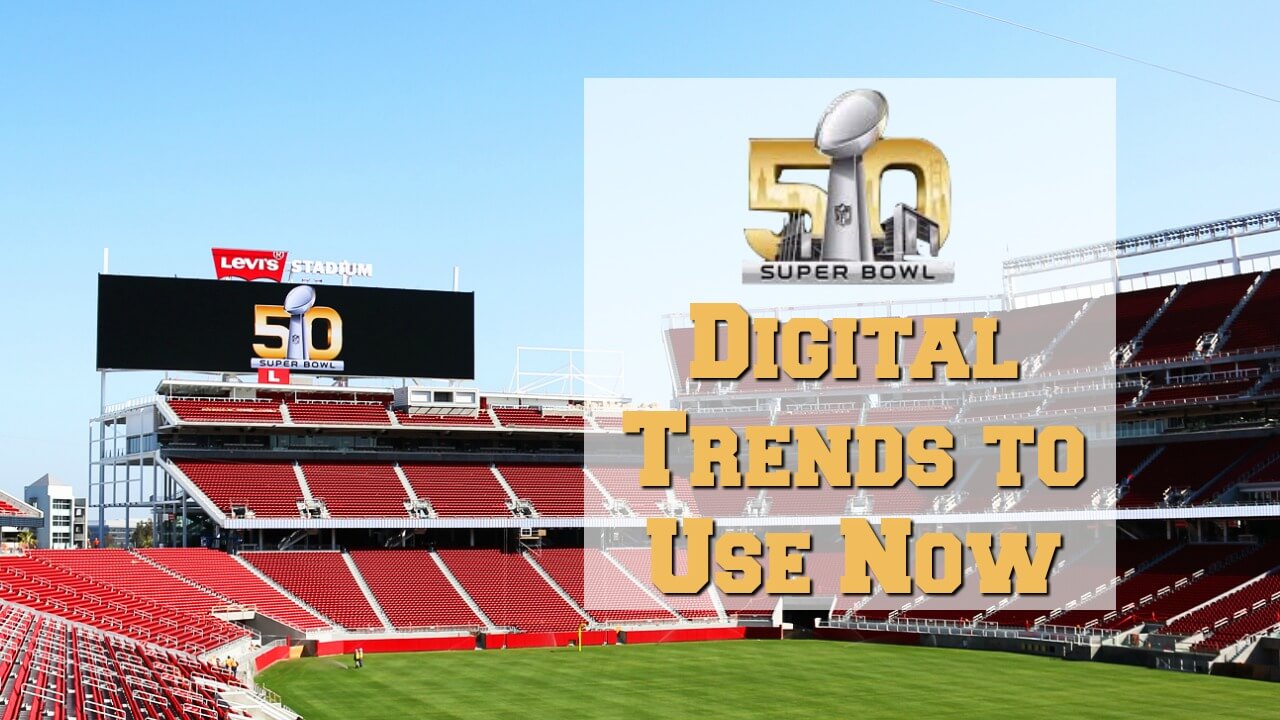 Aside from the Broncos big win, the star-packed Half-Time show, and the hilarious commercials we watched Sunday night, there were a few other surprises during the big game that had to do with digital marketing trends that came to fruition before Super Bowl 50 even began. Through Real-Time advertisements, Snapchat, and mobile streaming, Super Bowl 50 proved to be unlike any other game we had seen before.Optimizing Micro-Moments with Real-Time AdsGoogle announced in late January that it would be offering “real-time online ads” in order for marketers to take advantage of micro-moments that would occur during the big game. Micro-moments are those small unexplainable, unplanned moments that garn-er a lot of press and attention. A great example of marketers taking advantage of these moments was Oreo, who cashed in during Super Bowl 47 when the stadium lost power temporarily by tweeting timely creative.

According to Google, these real time ads will help brands “to instantly run ads across YouTube, hundreds of thousands of apps, and over two million sites in our Google Display Network with a message that ties directly to the big moment consumers just experienced.” One brand that utilized this feature from Google was website design and development company, Wix. In addition to the company’s  30-second spot featuring characters from DreamWork’s Kung-Fu Panda, Wix built an entire website highlighting the commercials tagline: “start stunning,” through StartStunning.com.

Through this site, viewers could watch more videos relating to the original Kung-Fu Panda spot, which were released throughout the night on YouTube’s new real-time advertisement feature. One of the newly released ads through Google’s real-time advertising tool can be watched here:

Advertising through SnapchatAnother new digital trend seen during Super Bowl 50 was advertising through the social media platform, Snapchat. Currently, marketers are still experimenting with Snapchat and its capabilities to engage consumers. Many of us were expecting Snapchat to play a part in advertising for brands during Super Bowl 50, but Gatorade took it to a whole new level.Gatorade is one of the first companies to use sponsored versions of Snapchat’s “lenses” that were released in September 2015. Snapchat lenses essentially work similar to other filters the channel offers, except with new face-mapping technology that place moving graphics on users faces. According to Digital Trends, “Gatorade took the post-game tradition of dunking to the snapping social network by creating a filter anyone can use.” Snapchat users were able to save the animation of themselves getting “dunked” and share it. “Consumers were also able to personalize the Gatorade lens by pressing down on the app and holding their face—or a friend’s—in front of the camera in Snapchat.” Filtering options then appeared at the bottom of the screen. See how it worked for yourself:

There were also filters for users who were rooting for the Broncos or Panthers:

In a recent analysis conducted by Adobe Digital Index, it was discovered that more than one in three consumers watch live sports on a device other than a traditional television set. The survey also found that 50% of millennials are said to be watching sport content on smart TVs, mobile devices, PCs, or gaming consoles. The group conducted another survey leading up to the Super Bowl and found that 35% of millennials said they planned to watch the big game from a traditional TV, while more than 25% said they would be more likely to download a mobile app to watch the game. These statistics are a telling look into the future of live television broadcasts.

Mobile consumption has changed the way marketers advertise during the Super Bowl as well. In August of 2015, CBS announced that it would cost $5 million for a 30-second ad-spot during the big game in February. This was an 11% increase in price compared to the 2015 Super Bowl. This price change represented another change in the way advertisements would be broadcasted on game day. For the first time, Super Bowl advertisements airing on TV would also be streaming online and on mobile devices all done simultaneously.

Super Bowl 50 released a mobile app of its own for fans and spectators who are watching from home and even those lucky enough to watch the game in person. The app featured a live feed of the stadium and even had cameras on the lookout for celebrity sightings. Users were also able to use the app to watch commercials as they aired on TV, creating an immersive experience for those at home or in the stands.

What were your favorite moments of Super Bowl 50? Comment Below!

How To Tackle B2B Marketing Attribution in 2020
Marketing “Middleware” Demystified
12 Best Marketing Dashboard Examples and Templates
Thank you! Your submission has been received!
Oops! Something went wrong while submitting the form.